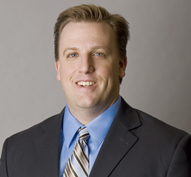 Representative matters in which Mr. Ochsenbein has served as a key member include: