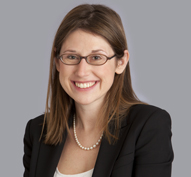 Ms. Senger has represented clients in a wide range of employment litigation matters, including cases involving allegations of trade secret misappropriation, wage-and-hour violations, whistleblowing, race, age, and disability discrimination, and sexual harassment. Ms. Senger has significant experience in defending against employment-related putative class actions and litigating high-stakes executive compensation disputes. She has represented employers in federal district and appellate courts across the country, as well as in arbitration and mediation, and before the Equal Employment Opportunity Commission and other federal and state agencies.

Representative litigation matters that Ms. Senger has handled include:

Prior to joining the firm in 2011, Ms. Senger worked as an associate at Latham & Watkins LLP. She also served as a law clerk to Judge John D. Bates of the United States District Court for the District of Columbia.