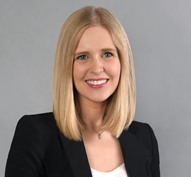 Katherine V.A. Smith is a partner in the Los Angeles office of Gibson, Dunn & Crutcher.  Ms. Smith serves as Co-Chair of the firm’s Labor and Employment Practice Group.

In addition to litigation, Ms. Smith also dedicates a significant portion of her practice to advising employers with respect to employment-related issues.  She has managed company-wide wage and hour compliance audits, involving hundreds of job positions and all aspects of wage and hour compliance.  And she has negotiated and drafted numerous severance and separation agreements for executives, including several CEOs.

Ms. Smith has represented clients in the entertainment, media, retail, restaurant, accounting, insurance, transportation, and tech industries, among others.

Ms. Smith earned her law degree in 2006 from the University of Virginia, where she was a member of the editorial board for the Virginia Law Review.  She graduated cum laude from Duke University in 2003, with a Bachelor of Arts in Political Science.  She is admitted to practice in the State of California.  Ms. Smith is also a member of the bar in the Seventh and Ninth Circuit Courts of Appeals, as well as numerous district courts.  Ms. Smith also serves on the Firm’s Associate Compensation, Pro Bono, Community Affairs, and Global Diversity Committees, as well as on the Board of Governors of the Boys & Girls’ Club of Santa Monica and the Board of the Women in Law Empowerment Forum (Southern California).