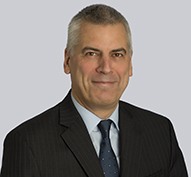 Richard W. Grime is a litigation partner in Gibson, Dunn & Crutcher’s Washington, D.C. office and a member of the White Collar Defense and Investigations Practice Group. He is also co-chair of the Securities Enforcement Practice Group.

Mr. Grime’s practice focuses on representing companies and individuals in a full range of corruption, accounting fraud, and securities enforcement matters before the Securities and Exchange Commission and the Department of Justice.  Mr. Grime also conducts internal investigations and counsels clients on compliance and corporate governance matters.

Mr. Grime is ranked nationally by Chambers USA as a leading attorney in FCPA and Securities Regulation: Enforcement.  He is described as “top notch – smart, practical and a very good lawyer” with “great insight into regulators’ views.”  He is also ranked by Chambers Global as a leading attorney in FCPA and was recently selected by his peers for inclusion in The Best Lawyers in America© 2018 – 2023 in the field of Criminal Defense: White Collar.  In 2022, Mr. Grime was recognized in Who’s Who Legal:’s “Thought Leaders – Global Investigations,” and “Business Crime Defence Global” guides.  Mr. Grime was recognized as one of the 3000 “Leading Lawyers in America” in Lawdragon Magazine 2011.  He is also a longstanding and frequent speaker to legal and industry practitioners particularly on anti-corruption and securities enforcement topics.

Prior to joining Gibson Dunn, Mr. Grime spent over nine years in the Division of Enforcement at the Securities and Exchange Commission in Washington, DC.  In his last four years at the Commission he was an Assistant Director.  While at the SEC, Mr. Grime supervised the filing of over 70 enforcement actions covering a wide range of the Commission’s activities.  These included a series of FCPA cases, numerous accounting fraud cases involving retail, technology and financial services companies, regulated entity cases involving broker-dealers, transfer agents and investment advisers, along with multiple insider trading and Ponzi-scheme enforcement actions.

Mr. Grime received his law degree with First Class Honors from Oxford University in 1986 and qualified as a solicitor in London.  After practicing in London, and before joining the SEC, Mr. Grime was a litigator for 10 years in Los Angeles and Washington DC.