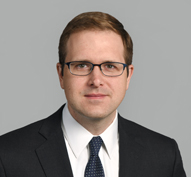 Bradley J. Hamburger is a litigation partner in the Los Angeles office of Gibson, Dunn & Crutcher.  His practice focuses on class actions and complex litigation in both trial courts and on appeal.  He is a member of the firm’s Class Actions, Appellate and Constitutional Law, and Labor and Employment practice groups.

Mr. Hamburger has represented clients in class actions and appeals across many areas of law, including employment, insurance, antitrust, consumer fraud, products liability, legal malpractice, and administrative law. He has briefed dozens of appeals, including cases in the United States Supreme Court, the Ninth Circuit, and the California Supreme Court, and has argued before the Ninth Circuit and the California Court of Appeal.

Mr. Hamburger was a key member of both the trial and appeal teams in Chevron’s successful RICO action against a U.S. lawyer who was found to have fraudulently procured a multi-billion-dollar judgment against Chevron from an Ecuadorian court. After a seven-week bench trial in the Southern District of New York, the trial judge issued a 485-page decision in Chevron’s favor, the Second Circuit affirmed in full, and the Supreme Court denied certiorari. Chevron Corp. v. Donziger, 974 F. Supp. 2d 362 (S.D.N.Y. 2014), aff’d, 833 F.3d 74 (2d Cir. 2016), cert. denied, 137 S. Ct. 2268 (2017).

Prior to joining the firm, Mr. Hamburger served as a law clerk to the Honorable James V. Selna in the United States District Court for the Central District of California.

Mr. Hamburger is a member of the Board of Directors of the Friends of the Los Angeles County Law Library. Before entering law school, Mr. Hamburger taught middle school mathematics in New York City as a Teach for America corps member.