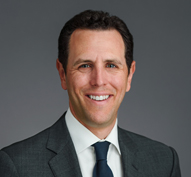 Harris M. Mufson is a partner in the New York office of Gibson, Dunn & Crutcher.  Mr. Mufson is a member of the Labor and Employment Practice Group and Co-Chair of the firm’s Whistleblower Team.  He is highly regarded as a trusted advisor to clients in a wide range of industries regarding significant employment issues.  Mr. Mufson has vast expertise in employment matters, representing employers in disputes regarding discrimination and retaliation, whistleblowing, sexual harassment, wrongful discharge, defamation, breach of contract, wage and hour laws, and restrictive covenants.  In addition to litigating, Mr. Mufson counsels clients on compliance with employment-related laws, as well as the development, implementation and enforcement of personnel policies and procedures.  He has also conducted numerous internal investigations regarding sensitive employment matters.

Clients have praised Mr. Mufson’s ability to craft practical legal solutions to complex problems.  Recognized as a thought leader in the industry, Mr. Mufson has delivered numerous seminars before the American Bar Association on key developments in employment laws.  As a result of Mr. Mufson’s extraordinary talents, he has received numerous distinctions.  Mr. Mufson was recognized as one of The Best Lawyers in America® for his expertise in employment law.  In 2022, he was named to the 2022 Lawdragon 500 Leading Corporate Employment Lawyers guide, featuring “the nation’s top advisors to businesses, universities, nonprofits and other organizations dealing with the mind-bending matrix of today’s global workforce.”  Mr. Mufson was also included in the 29th edition of The Best Lawyers in America®.  In 2021, he was named a “Labor & Employment Star” by Benchmark Litigation for 2021.  In 2020, Mr. Mufson was also identified as a “Rising Star” by the New York Law Journal.  He has been recognized as a “Rising Star” in the employment bar by New York Super Lawyers – Metro Edition every year since 2014.

Prior to joining Gibson Dunn, Mr. Mufson was a partner in the Labor & Employment Law Department of Proskauer Rose LLP, where he served as co-head of the Whistleblowing & Retaliation Practice Group and the Disability, Accommodation & Leave Management Practice Group.

Mr. Mufson is deeply committed to his pro bono practice and is Chairman of the Mount Sinai Medical Legal Partnership, an organization established in 2016 to provide free legal services to low income patients to prevent and remedy unjust and hazardous social and environmental conditions.

*Some representations occurred prior to Mr. Mufson’s association with Gibson Dunn.

University of Pennsylvania - 2003 Bachelor of Arts