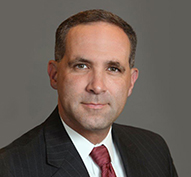 Michael Celio is the Partner in Charge of the Palo Alto Office of Gibson, Dunn & Crutcher.  He is a sought-after trial lawyer with more than two decades of experience trying cases in Silicon Valley and beyond.   He maintains a wide-ranging trial practice and has tried more than two dozen cases to verdict in state and federal court.  He is a recognized expert in the field of securities litigation and is particularly experienced in defending venture capital firms and their partners as well as their portfolio companies.  He also has deep experience in defending criminal actions brought by the United States Department of Justice and civil enforcement actions brought by the United States Securities and Exchange Commission.

Michael is ranked by Chambers & Partners, and clients call him “a resourceful and tenacious litigator.”  He has also been named a Super Lawyer every year since 2010.  Michael has been repeatedly recognized for his superior client service.  He has been named a BTI Client Service MVP and an Acritas Star on multiple occasions, with clients calling him “the gold standard” for outside counsel.

Michael has successfully defended numerous high-profile clients in federal district and circuit courts throughout the country.  His most recent wins include a total dismissal of all actions against biofuel developer Amyris, Inc., and a precedent-setting opinion in the Ninth Circuit for Intuitive Surgical, Inc. While at his prior firm, Michael was seconded to the San Francisco district attorney’s office under then-District Attorney Kamala Harris, where he was responsible for dozens of prosecutions and successfully tried numerous cases to verdict.  He served as a law clerk to the Honorable Ronald Lee Gilman on the United States Court of Appeals for the Sixth Circuit.

He is admitted to practice before all Federal and State Courts in California, as well as in the Sixth, Seventh and Ninth Circuits and the United States Supreme Court.

“Government Initiatives and Perspectives/How to Deal Effectively with the Government,” Securities Litigation & Enforcement Institute, 2010 and 2007

“Anything You Don’t Say Can and Will Be Used Against You: Adverse Inferences from Invoking the Right to Remain Silent in DOJ/SEC Parallel Proceedings,” Practicing Law Institute, Securities Litigation & Enforcement Institute, 2010