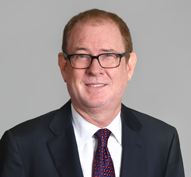 Daniel G. Swanson is a partner in Gibson, Dunn & Crutcher LLP, with offices in Los Angeles and Brussels. Mr. Swanson, who co-chaired Gibson Dunn’s Antitrust and Competition Practice Group for 25 years, is a trial and appellate lawyer.  His practice focuses on antitrust and competition law, including trial and appellate litigation, class actions, grand jury and civil investigations, merger review, regulatory and competition policy matters, and antitrust counseling.  He is Co-Chair of the International Bar Association’s Antitrust Section, which is the world’s largest organization of international antitrust practitioners.  In addition to antitrust matters, Mr. Swanson has handled a wide variety of commercial litigation disputes.

Chambers USA gives Mr. Swanson a “Band 1” ranking and reports that he “has a vast amount of antitrust expertise covering everything from merger investigations to civil and criminal litigation” and describes him as “a highly regarded trial lawyer with a wealth of experience” and as “a ‘tough opponent’ in civil and criminal litigation, alleged cartel matters and IP-related issues.” Law360 has named Mr. Swanson a MVP, which features attorneys who have “distinguished themselves from their peers in high-stakes litigation, record- breaking deals and complex global matters.” Who’s Who Legal  ranks him as a “Thought Leader” and comments that “Daniel Swanson is a leading competition litigator whose ‘economics PhD is part of what makes him an outstanding attorney,’” and who “scores very highly for his ‘tenacious and persuasive’ litigation practice across a wide range of competition matters.”  The Legal 500 places him in its “Hall of Fame” for U.S. antitrust and class action litigation.  Benchmark Litigation ranks Mr. Swanson as an Antitrust “National Star,” a California “Litigation Star” and as California Antitrust Attorney of the Year for 2020. He has repeatedly been recognized by Best Lawyers in America since 2006 and most recently has been named the “Lawyer of the Year” for Antitrust Litigation in Los Angeles from 2020-22.  Daily Journal named Mr. Swanson to its Top Antitrust Lawyer 2021 List, which features California’s top Antitrust lawyers.

Mr. Swanson has litigated dozens of Sherman Act Section 2 monopolization and dominance cases—including so-called “bet the company” cases—based on a wide range of alleged conduct (e.g., exclusive dealing, refusals to deal, tying, bundling), including defeating the landmark predatory pricing case brought by the Department of Justice, United States v. AMR Corp., 140 F. Supp. 2d 1141 (D. Kan. 2001), aff’d, 335 F.3d 1109 (10th Cir. 2003).  For many years, he has given the annual lecture on monopoly law for the Practicing Law Institute’s Annual Developments in Antitrust Law program.  Mr. Swanson’s practice has a strong focus on the tech sector, network industries, digital platforms, and media and entertainment businesses.  He regularly handles antitrust matters involving patents, copyrights and other intellectual property rights and was asked to testify about standard setting in the DOJ-FTC Joint Hearings regarding Competition and Intellectual Property Law and Policy.  He is the author (with Prof. William J. Baumol) of Reasonable and Nondiscriminatory (RAND) Royalties, Standards Selection, and Control of Market Power, 73 Antitrust L.J. 1 (2005) and The New Economy and Ubiquitous Competitive Price Discrimination: Identifying Defensible Criteria of Market Power, 70 Antitrust L.J. 661 (2003), on which the U.S. Supreme Court relied in Illinois Tool Works v. Independent Ink, 547 U.S. 28 (2006).  Mr. Swanson has also served as a Non-Governmental Advisor (NGA) to the ICN Unilateral Conduct Working Group in its work focused on monopolization and dominance law.

Mr. Swanson regularly draws upon his experience as a UK solicitor and member of the Brussels Bar in handling international antitrust matters.  He has served as a Non-Governmental Advisor (NGA) to the International Competition Network (ICN) and has participated in multiple ICN Annual Meetings.  He previously served as Co-Chair of the ABA Antitrust Section’s International Committee (2002-06) and as Editor-in-Chief of the Antitrust Section’s First Supplement to Competition Laws Outside the United States (2005).

Mr. Swanson is a regular speaker on antitrust and competition topics and contributes to leading antitrust journals and treatises.  He teaches antitrust law at the LSIW Program of the Executive School of Management, Technology and Law of the University of St. Gallen, Switzerland.  He is also a member of the American Economic Association.