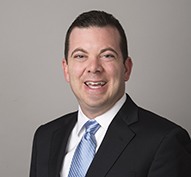 Jason C. Schwartz is a litigation partner in the Washington, D.C. office of Gibson Dunn, co-chair of the Labor & Employment Practice Group, General Counsel of the law firm and a member of the firm’s Executive Committee.  Jason was recognized as one of the top five “MVPs” in employment law four times, in 2020, 2019, 2016 and 2012, awarded by Law360 to “attorneys whose achievements in major litigation or transactions have set a new standard for accomplishment in corporate law.”  Law360 referred to Jason as “an expert dismantler of worker class actions.”

Jason is ranked in Band 1 in Labor & Employment by Chambers USA, which stated, “He is a whip-smart, results-oriented and zealous advocate who is really committed to the client.  His judgment is impeccable.”  According to Chambers USA, “[c]lients note: He’s an excellent litigator with a good sense of the client’s needs in a business environment.  He’s just a pleasure to work with.  He’s disciplined, a great writer and gets great results.” Jason has been recognized as a Top 20 Labor & Employment Litigator in the U.S. by Benchmark Litigation; on the Top 100 list of the Nation’s Most Powerful Employment Attorneys by Human Resource Executive magazine; as a Top Lawyer in Employment Defense by Washingtonian Magazine; as a Leading Lawyer in Labor & Employment Disputes by The Legal 500 US; in the Best Lawyers in America in the Employment Law-Management category; as a Super Lawyer by Washington, D.C. Super Lawyers; and as an Am Law Litigation Daily Litigator of the Week for his win in an independent contractor misclassification/wage-and-hour class action.  He is a Fellow of the College of Labor & Employment Lawyers.

The practice group Jason co-leads was named by The American Lawyer as the Labor & Employment Litigation Department of the Year in its most recent competition.  The American Lawyer noted, “with novel labor and employment issues swirling, Gibson Dunn’s litigators set standards and settle the law,” and that a case “typical for Gibson Dunn’s labor and employment team” is “high-profile,” “cutting-edge,” and “a victory.”  The group was also recognized nine times since 2011 as a Law360 Employment Practice Group of the Year (2021, 2020, 2018 and 2011-16) and won The National Law Journal’s D.C. Labor & Employment Litigation Department of the Year competition five years in a row (2021, 2020, 2019, 2018 and 2017).

Jason has also successfully tried several sensitive whistleblower matters for major national employers, and he prevailed in a precedent-setting Labor Department appeal of one of the first Sarbanes-Oxley whistleblower cases to proceed to trial.  In a case of first impression, he successfully argued in the Utah Supreme Court against the recognition of a tort for spoliation of evidence.  In addition, he served as lead trial counsel for a retailer in a highly-publicized OSHA enforcement action relating to crowd control at a day-after-Thanksgiving sale.

Jason also has significant experience in administrative law and rulemakings.  He served as counsel to the Fair Labor Standards Reform Coalition, and he played a leading role in preparing comments on behalf of the business community relating to the U.S. Department of Labor’s overtime exemption regulations.

Jason served for many years as the Secretary of the Retail Litigation Center, and he testified before Congress regarding OSHA enforcement programs on behalf of the U.S. Chamber.  He frequently speaks and writes on employment law and trade secret related topics.  He is the co-author of the treatise Whistleblower Law: A Practitioner’s Guide, published by American Lawyer Media/Law Journal Press, as well as the annual “Trade Secrets Litigation Round-Up” published by Bloomberg BNA.

Jason is admitted to practice in the District of Columbia, Virginia and Maryland, as well as in numerous federal courts.  He served for many years as an officer and board member of the Charles E. Smith Jewish Day School, currently serves as a member of the Washington Lawyers Committee of the U.S. Holocaust Memorial Museum, and provides pro bono employment counsel to numerous community organizations.