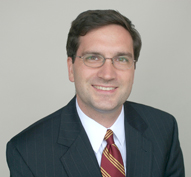 Mr. Southwell advises companies and boards across industries victimized by cyber-crimes and which experienced data breaches and he has particular expertise counseling on issues under the Computer Fraud and Abuse Act, the Economic Espionage Act, the Electronic Communications Privacy Act, and related federal and state computer fraud and consumer protection statutes.  He often leads the defense of regulatory investigations from the Federal Trade Commission, State Attorneys General, and other federal, state, and local regulators and criminal authorities, and regularly handles privacy and data security class actions around the country.  He also counsels companies on privacy and security risks related to data-driven product development, including in cutting-edge areas such as artificial intelligence and data innovation, and related to compliance with international, national, state, and local privacy and cybersecurity laws and regulations.  In addition, Mr. Southwell handles a range of white-collar criminal and regulatory enforcement defense, internal investigation, compliance, and complex civil litigation matters.  An experienced trial and appellate attorney, prior to joining Gibson Dunn, Mr. Southwell served as an Assistant United States Attorney in the United States Attorney’s Office for the Southern District of New York where he focused on cyber-crimes and intellectual property offenses, in addition to securities and commodities and other white collar frauds.

Mr. Southwell is ranked as one of the top five attorneys nationwide for Privacy & Data Security Litigation by Chambers USA and Chambers Global and is also ranked for White Collar Litigation by Chambers USA, which notes his “keen eye for attention to detail, client service and navigating a complex legal and regulatory landscape.”  He was also named a Law360 “MVP” in Privacy in both 2016 and 2015 – one of five “elite attorneys” recognized – for his “successes in high-stakes litigation.”  Additionally, Mr. Southwell was selected as a Cybersecurity and Data Privacy Trailblazer by The National Law Journal, and has been recognized as one of the top 30 Data Protection Lawyers in Euromoney Expert Guides’ Best of the Best USA, and named as one of the 30 best and brightest data breach response lawyers in Cybersecurity Docket’s “Incident Response 30.”  In addition, he is recognized as a “Litigation Star” by Benchmark Litigation, as a leading lawyer in the area of Criminal Defense:  White Collar by The Best Lawyers in America©, as one of the world’s leading investigations lawyers by Who’s Who Legal: Investigations, and as a leading white collar crime practitioner by Euromoney’s Legal Media Group Expert Guides in its Guide to the World’s Leading White Collar Crime Lawyers.

Mr. Southwell serves on Gibson Dunn’s Technology Committee and Firmwide Diversity Committee and was appointed to the New York State Bar Association’s Task Force on Autonomous Vehicles and the Law and serves on the Board of Advisors of the Center on Law and Information Policy at Fordham Law School, one of the nation’s leading academic centers contributing to the development of the law and policy in the area of information technology.  Mr. Southwell has also been an Adjunct Professor of Law at Fordham University School of Law, teaching a seminar on cyber-crimes, covering computer misuse crimes, intellectual property offenses, the Fourth Amendment in cyber-space, computer evidence at trial, data breach and privacy issues, and information security, among other areas.