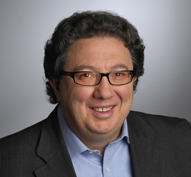 Peter Alexiadis is a partner in the Brussels office of Gibson, Dunn & Crutcher. He has practiced Community law in Brussels since 1989, where his practice is split between competition law, communications policy, and intellectual property law. He is the holder of postgraduate legal qualifications from the Universities of London, Sydney and Thessaloniki.

Peter’s competition practice focuses on merger control and joint ventures ; actions under Article 102 TFEU, extensive advisory work on the EU’s Broadband Guidelines, vertical distribution and licensing practices and the implementation of antitrust compliance programmes for firms across a wide range of industries. He has particular expertise in the application of competition policy to regulated network industries and infrastructures, especially in relation to electronic communications networks and digital platforms.

His intellectual property practice consists primarily in advising clients on the interface between intellectual property rights protection and competition law, especially as regards to innovative products and services. He was one of a handful of European legal experts to be invited by the United States’ DoJ and FTC in May 2002 to give testimony on Hearings on ‘The Antitrust and Intellectual Property Interface’ in Washington DC.

Peter’s experience spans all aspects of regulation, policy and competition law affecting the communications sector, for both private companies and government institutions in Europe, Africa, Asia and the Middle East. His work for the sector is divided between advice for, and the defence of, private companies and counselling to government institutions. His expert opinions have often been cited in important regulatory decisions and court proceedings in many jurisdictions around the world, and he has addressed various international institutions and national parliaments on communications policy.  In this regard, he has undertaken major telecommunications reform project work in countries such as Hungary, Greece and Cyprus, and has undertaken important regulatory advisory work inter alia for the National Regulatory Authorities of Cyprus, Portugal, Greece, Bahrain and Egypt. He also has extensive experience in the review of State aids schemes affecting the electronic communications sector in the European Union.

Peter has particular expertise in market definition and market power assessment under the EU Regulatory Framework for electronic communications networks and services, with extensive experience in advising both operators and regulators on market definition and market power issues under the Regulatory Framework established under that legislation (having conducted such analyses across EU jurisdictions such as Greece, Ireland, Portugal, Romania, Cyprus and also in Jordan). He has worked extensively in regulatory policy matters across many jurisdictions, including: Ireland, Hungary, Greece, Romania, Portugal, Cyprus, Jordan, South Africa, Egypt, Bahrain, Thailand and San Marino. He acted as external counsel to DG Competition’s Communications Unit  in the period 1999-2002 and  has been the project leader in a number of landmark regulatory, competition and policy studies for the European Commission, including:

He has also been project leader for three European Commission studies in 2007-2008, entitled:

Most recently, he has been lead counsel in advising the Commission on revisions to the key legal investments:

In recognition of his standing in the sector, Peter was appointed in 2007 as one of three Trustees of the International Institute for Communications. Peter was also one of two international experts appointed by the Belgian Minister for Communications to select the President and the Board of the BIPT, Belgium’s regulator in the communications sector. He also serves as an external advisor to the OECD on the development of public policy in relation to digital platforms.

He speaks English, Greek and French.

Mr. Alexiadis is widely acknowledged in the professional press as a leader in his field in both competition law and communications law, having been included among The American Lawyer’s ‘Star Laterals of the Year’ for 2003 when he joined Gibson Dunn, and having been named as one of the leading communications and competition law practitioners in Belgium and the European Union by peer group publications such as Chambers,Global Counsel,Legal Experts EMEA, Best Lawyers and International Who’s Who for decades. Chambers Europe writes: “Market opinion universally names him as one of the most important TMT practitioners in Belgium, with his telecoms work highlighted as being of a particularly high calibre”, while Chambers Global notes that “he has a deep knowledge of competition law at an international level, not just a European one. He is also very pragmatic and always provides a visible solution as well as a theoretical one.” EMEA Legal 500 states that he has an “in-depth understanding of the EU institutions.”

Mr. Alexiadis has been described as one of the leading three attorneys in the world in the communications sector by Euromoney’s ‘Best of the Best’ publication, and is listed among the top 10 ‘most highly regarded’ regulatory communications lawyers worldwide in The International Who’s Who of Regulatory Communications Lawyers 2013, which describes him as a ‘leading notary’ in the communications area, and as an “exceptional practitioner” who is an “expert in EU communications policy” (2012 edition). He was also named Best Lawyers ‘Lawyer of the Year’ in the area of Media Law 2014-5, and ranked as a leading EU Competition lawyer by IFLR1000 2021.  Most recently, he has been recognized by Who’s Who Legal ‘Thought Leaders Global Elite’ 2019 and named Best Lawyers’ 2019 Brussels Telecommunications Law ‘Lawyer of the Year’, as well as being included in the 2019 Best Lawyers in Belgium listing for Competition/Antitrust Law, European Union Law, Media Law, Technology Law and Telecommunications Law.

Mr Alexiadis regularly writes on issues of competition law and practice and communications policy, and is the EC Affairs editor of the Utilities Law Review.

The following are some of the more recent articles authored by Mr. Alexiadis:

University of Sydney - 1982 Bachelor of Arts