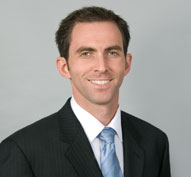 Matthew G. Bouslog is of counsel in the Orange County office of Gibson, Dunn & Crutcher LLP where he practices in the firm’s Business Restructuring and Reorganization Practice Group.  Mr. Bouslog specializes in representing companies in complex restructuring matters.  Mr. Bouslog was recognized in 2021 Best Lawyers: Ones to Watch for his work in (i) Bankruptcy and Creditor Debtor Rights / Insolvency and Reorganization Law and (ii) Real Estate Law.

In addition to Mr. Bouslog’s restructuring expertise, he has represented lenders and borrowers in real estate and other finance transactions.

Mr. Bouslog is admitted to practice law in the State of California.