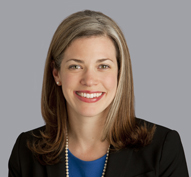 Stephanie Connor is an Of Counsel in the Washington D.C. office of Gibson, Dunn & Crutcher, where she practices primarily in the areas of international trade compliance and white collar investigations.

Ms. Connor focuses on a range of issues arising under U.S. international trade regulations, including national security reviews conducted by the U.S. Committee on Foreign Investment in the United States (“CFIUS”), economic sanctions and embargo regulations administered by the U.S. Department of the Treasury’s Office of Foreign Assets Control (“OFAC”), and U.S. export controls implemented by the U.S. Departments of Commerce and State. She has significant experience advising multinational companies on the effectiveness of their internal compliance controls and has counseled clients on matters arising under the U.S. Foreign Corrupt Practices Act (“FCPA”) and U.S. anti-money laundering (“AML”) regulations.

Ms. Connor has been recognized by Super Lawyers as a “Rising Star” for several consecutive years. She served on secondment to the Legal and Compliance division of a Fortune 100 company, and as an adjunct professor at Georgetown University Law Center. Ms. Connor co-authored a recent treatise on economic sanctions, U.S., EU, and UN Sanctions: Navigating the Divide for International Business (with Adam M. Smith and Richard W. Roeder), (Bloomberg Law, 2019). She currently serves on Law360’s 2020 International Trade Editorial Advisory Board.

Ms. Connor graduated from the Georgetown University Law Center in 2008, where she served as an Executive Editor of the Georgetown Journal of International Law, a Legal Research and Writing Fellow, and an intern with the United Nations High Commissioner for Refugees on the border of Somalia.  Prior to practicing law, Ms. Connor designed and implemented distribution and marketing programs for consumer health products in emerging markets.  She has lived and worked in Africa, Asia, and Europe.

Ms. Connor is admitted to practice in Massachusetts and the District of Columbia.