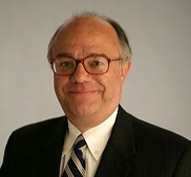 ​Douglas R. Cox is a partner in the Washington, D.C. office of Gibson, Dunn & Crutcher.  He practices in the areas of constitutional and securities litigation, appellate law, and governmental matters.