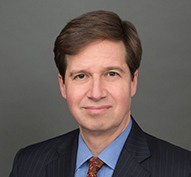 Mr. Dunst has been recognized publicly for his successful work on behalf of his clients.  Most recently, in August 2020, The National Law Journal cited Lee as one of their “Masters of the Courtroom: Our Winning 2020 Litigators” for his role in obtaining a successful jury verdict on behalf of a Fortune 250 company. Earlier this year, The Am Law Litigation Daily named Lee as “Litigator of the Week” for that same successful case.  He also has been recognized in The Legal 500 US for his white collar defense and investigation work, and the publication described Mr. Dunst as “knowledgeable and responsive,” and noted that he “provides a broad range of expertise and regularly advises clients accused of corporate fraud and alleged accounting irregularities, as well as FCPA violations.”  He was also named a leading white collar crime practitioner by Euromoney’s Legal Media Group Expert Guides in the 2021 edition of its Guide to the World’s Leading White Collar Crime Lawyers.  Additionally, he has been named a “Litigation Star” and “Local Litigation Star” by Benchmark Litigation in its 2017-2021 editions. Mr. Dunst also speaks and writes extensively on white collar regulatory issues, as well as matters concerning civil commercial litigation.  He also serves as an Adviser to the American Law Institute’s Principles of the Law of Compliance Enforcement & Risk Management project and as a member of the Federal Bar Council American Inn of Court.

He has represented various corporations, accounting firms and individual clients in connection with white collar criminal investigations by federal and state prosecutors (including the Department of Justice and the Manhattan District Attorney’s Office), as well as civil investigations by the Securities and Exchange Commission, the Public Company Accounting Board, the New York Attorney General’s office, the Financial Industry Regulatory Authority, and various state regulators.  His cases have included the representation of senior business executives and corporate entities in connection with criminal and regulatory investigations of various types of alleged corporate fraud, whistleblower allegations and alleged accounting irregularities, as well as alleged violations of the FCPA.  He also has conducted numerous internal investigations of alleged misconduct at many U.S. and international companies and personally has traveled to nearly twenty countries on five continents for these investigations.  Notably, Mr. Dunst has served in major leadership roles in the FCPA compliance monitorships of Statoil ASA and Alliance One International.

Mr. Dunst also has been involved extensively in the successful defense of several securities class action lawsuits filed against major accounting firms, underwriters, and corporate executives in federal and state courts in New York, New Jersey, California, Connecticut and Maryland.  He also has defended members of boards of directors in several litigations relating to their performance of their fiduciary duties as board members.

Prior to joining the Firm, Mr. Dunst served as an Assistant United States Attorney in the Eastern District of New York from 1995 through 2000, and was involved in a series of significant criminal investigations and prosecutions.  He led the investigation and prosecution of an international money laundering organization that operated in the United States and Switzerland, resulting in numerous convictions and the imposition of financial penalties of nearly $10 million, which he successfully defended upon appeal to the United States Court of Appeals for the Second Circuit.  In another case, Mr. Dunst received the Director’s Award for Superior Performance from the Department of Justice for the successful prosecution of an insurance fraud scheme that resulted in the payment of $20 million in restitution.  During his tenure with the U.S. Attorney’s Office, Mr. Dunst also served as the Deputy Chief of the Narcotics Section and was widely quoted in the national and international media, including The New York Times, The Washington Post, Los Angeles Times and The Times of London.