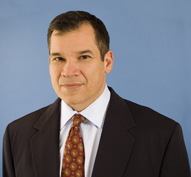 Oscar Garza, a partner in Gibson, Dunn & Crutcher’s Orange County and Los Angeles offices, joined the firm in 1990. He is a member of the Business Restructuring and Reorganization Practice Group (and was a former co-chair of the restructuring group), Transnational Litigation and Latin America Practice Groups.

Mr. Garza’s transnational litigation practice is currently focused on leading and coordinating the defense against recognition and enforcement of foreign judgments with significant emphasis in defending actions in Latin America. He is also advising on litigation strategy for multinational corporations involved in litigation within Latin America.

Mr. Garza has played a key role in some significant restructuring matters and insolvency related litigation cases, including the following representations:

Mr. Garza has co-authored several articles (i) “Second Circuit Breathes New Life into § 546(e), Answering Unaddressed Question by Merit published in ABI Journal in March 2020; (ii) “Reducing Litigation Risk Through Transaction Independence: Takeaways from Tribune’s Two-Step LBO” published in ABI Journal in June 2019; (iii) Break-up fees for asset purchasers in chapter 11 cases in The Daily Deal and the California Bankruptcy Journal; as well as (iv) an article in the Los Angeles Daily Journal on how the Bankruptcy Reform Act of 2005 may change the sale of lease “designation rights.” He has been (i) named as one of California’s leading lawyers in business and restructuring by Chambers USA – America’s Leading Business Lawyers (2007 – 2020); (ii) recognized by his peers as one of The Best Lawyers in America® in the area of Bankruptcy and Creditor-Debtor Rights Law from 2006 – 2020 (including being named Orange County Bankruptcy and Creditor Debtor Rights / Insolvency and Reorganization Law Lawyer of the Year in 2015 and Orange County Litigation – Bankruptcy Lawyer of the Year in 2014, 2016 and 2018); (iii) named as a Southern California Super Lawyer in the area of Bankruptcy & Creditor/Debtor Rights (2007 – 2020); (iv) selected as a Lawdragon Global 500 Leading Restructuring & Insolvency Lawyer in 2020; and (v) in 2000 he was named by Global Insolvency & Restructuring Review as one of the “Top 40 Under 40” international restructuring professionals.

Mr. Garza obtained his law degree from the University of Arizona College of Law, where he was a member of the Arizona Law Review, and he currently serves on the board of visitors for the law school. He is and has been a frequent lecturer focusing mainly on bankruptcy law and insolvency related issues.