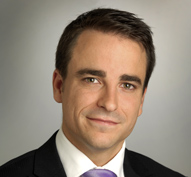 Alejandro Guerrero is a Spanish qualified Of Counsel in the Brussels office of Gibson, Dunn & Crutcher.

Mr. Guerrero has broad experience in general EU antitrust (and its interaction with Intellectual Property), cartel enforcement, vertical agreements, abuse of dominance and antitrust private litigation.  He has advised a variety of clients active in the luxury, financial, technology, energy, consumer goods and telecommunications sectors, including working as secondee for some clients.  His practice encompasses, amongst other, assisting clients in developing and implementing compliance programs, assessing business practices (e.g., distribution, pricing) and providing advice regarding complex agreements (e.g., co-operation, partnership). He is also the co-editor of the book “EU Law of Competition and Trade in the Pharmaceutical Sector”, published in 2019, in which leading practitioners, economists and authorities have synthetized the application of competition and trade law to the pharmaceutical industry.

Mr. Guerrero has extensive experience in merger control, having trained in a merger unit of the European Commission and intervened in complex EU-wide transactions.  He has broad experience in global multi-jurisdictional filings in a broad array of sectors. His most notable experience includes the following cases, which involved merger filings in numerous jurisdictions within the EU and abroad:

Mr. Guerrero advises on EU privacy and data protection rules, both at national level and from a U.S.-EU standpoint. Mr. Guerrero is a CIPP/E certified under the IAPP certification scheme for privacy professionals with regard to European data privacy laws. He has assisted numerous clients in their GDPR compliance projects, including the review of their data processing activities, contractual arrangements and privacy policies, and has also represented clients in proceedings followed before authorities and courts in the EU. He also follows closely the developments of the Digital Agenda and related policy initiatives and legislation, and its impact on EU antitrust and data protection regulations.

Mr. Guerrero also has experience in planning and conducting FCPA investigations in Europe, assisting clients with the analysis of conduct and carrying out onsite investigations and interviews. He has acted for clients before the EU’s General Court and the Court of Justice, as well as the European Court of Human Rights.

Prior to joining Gibson Dunn, Mr. Guerrero trained at the Brussels office of a major Spanish law firm and at the DG for Competition of the European Commission.

Mr. Guerrero is expected to receive a MBA from the Booth School of Business of the University of Chicago in 2021. He graduated in 2010 from the Institut d’Etudes Européennes-ULB (Brussels) with a LL.M. in European Legal Studies, and received a Law degree from Universidad de Valencia in 2009.

A native Spanish speaker, Mr. Guerrero is fluent in English and French.