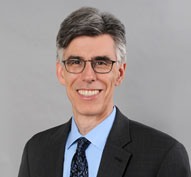 Robert A. Klyman is a partner in the Los Angeles office of Gibson, Dunn & Crutcher and Co-Chair of Gibson Dunn’s Business Restructuring and Reorganization Practice Group.  In his international practice, Mr. Klyman represents companies,  lenders, ad hoc groups of secured and unsecured creditors, acquirers and boards of directors in all phases of restructurings and workouts.  His experience includes representing lenders and bondholders in complex workouts; advising debtors in connection with traditional, prepackaged and ‘pre-negotiated’ bankruptcies; counseling strategic and financial players who acquire debt or provide financing as a path to take control of companies in bankruptcy; structuring and implementing numerous asset sales through Section 363 of the Bankruptcy Code; and litigating complex bankruptcy and commercial matters arising in chapter 11 cases, both at trial and on appeal.

Robert Klyman has been widely and regularly recognized for both his debtor and creditor work as a leading bankruptcy and restructuring attorney by Chambers USA (where clients recognized him as “incredibly smart, commercial, [having]  terrific business judgment, and … extremely hard-working and reachable at any time,” “great in court,” “a great strategist” and “incredibly technically sound”); named as one of the world’s leading Insolvency and Restructuring Lawyers by Euromoney; recognized as one of 8 bankruptcy lawyers of the year by IFLR1000 in 2020,  listed in the K&A Restructuring Register, a leading peer review listing, as one of the top 100 restructuring professionals in the United States; named as a ‘Top Bankruptcy M&A Lawyer’ by The Deal’s Bankruptcy Insider; named as one of the 12 outstanding bankruptcy lawyers in the nation under the age of 40 (in 1999, 2000, 2002 and 2004) by Turnarounds & Workouts; and one of ’20 lawyers under 40′ to watch in California by the Daily Journal.  Turnarounds & Workouts also named him to its 2016 list of Outstanding Restructuring Lawyers, honoring 12 attorneys as leaders in the bankruptcy field.  Mr. Klyman also has been selected regularly by his peers for inclusion in The Best Lawyers in America© in the field of Bankruptcy and Creditor Debtor Rights.

Mr. Klyman developed, and for 20 years co-taught, a case study for the Harvard Business School on prepackaged bankruptcies and bankruptcy valuation issues.  He has also taught classes on bankruptcy dealmaking and strategy at the University of Michigan Business School, Massachusetts Institute of Technology’s Sloan School of Management and UCLA Law School.  Mr. Klyman is also a member of the ABA Subcommittee that drafted the ABA Model Bankruptcy Asset Purchase Agreement.  He  also regularly serves as a panelist presenting cutting edge issues in restructuring and bankruptcy.

Mr. Klyman is admitted to the California Bar.  Prior to joining Gibson Dunn in 2014, Mr. Klyman was a partner at the firm of Latham & Watkins for more than 17 years.

Mr. Klyman also has extensive litigation experience at trial and on appeal, including:

University of Michigan - 1986 Bachelor of Arts