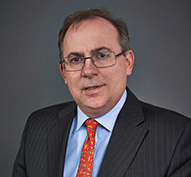 In addition, Mr. Long has significant experience with bank securities offerings and issues particular to foreign banks operating or seeking to operate in the United States.  He also counsels fintech companies on regulatory issues relating to their businesses, and advises on regulatory matters relating to virtual currencies and blockchain technology.

Mr. Long is ranked as a leading lawyer in Banking and Financial Services Regulation by Chambers USA:  America’s Leading Lawyers for Business and IFLR1000.  Chambers describes Mr. Long as “an outside-the-box thinker” and “a relentless worker” who is “careful and creative with difficult issues in both financial services law and corporate law.”

Among Mr. Long’s publications are The Financial Services Regulation Deskbook, the Practising Law Institute treatise on the Dodd-Frank Act, and “The New Autarky?  How U.S. and UK Domestic and Foreign Banking Proposals Threaten Global Growth,” a Policy Analysis of The Cato Institute.

At Gibson Dunn, in addition to counseling both non-U.S. and U.S. financial institutions on financial regulatory compliance issues, Mr. Long has advised on such publicly disclosed transactions as:

Prior to joining Gibson Dunn, Mr. Long practiced with Davis Polk & Wardwell LLP for 16 years.  During the Financial Crisis, he provided advice in connection with:

Mr. Long advised Banco Santander, S.A. in connection with its acquisition of Sovereign Bancorp, Inc., which resulted in protested applications to the Federal Reserve Board, the Office of Thrift Supervision and the New York State Banking Department.  He also advised one of the first-round filing international banks on its resolution plan required by Section 165 of the Dodd-Frank Act.