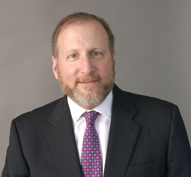 Mr. Offenhartz also has an active domestic and international arbitration practice with an emphasis on insurance and reinsurance disputes and cross‐border issues. He has also handled a number of regulatory, disciplinary and ad hoc proceedings. Mr. Offenhartz regularly represents plaintiffs/claimants for whom he has recovered substantial sums or achieved significant injunctive relief.

Mr. Offenhartz was named a 2011 MVP in securities litigation by Law 360 for his work in corporate control and shareholder class strike suit litigation, and has been recognized repeatedly as a leading litigator in Benchmark Litigation: The Definitive Guide to America’s Leading Litigation Firms and Attorneys.

Mr. Offenhartz joined Gibson Dunn in 1989 after earning his J.D.r from the University of Chicago Law School. He is a graduate of Harvard College, where he received a degree in American History and Literature.