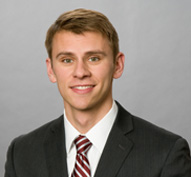 John Partridge, a Co-Chair of Gibson Dunn’s FDA and Health Care Practice Group and Chambers-ranked white collar defense and government investigations lawyer, focuses on government and internal investigations, white collar defense, and complex litigation for clients in the life science, health care, and technology industries, among others. Mr. Partridge has particular experience with the Anti-Kickback Statute, the False Claims Act, the Foreign Corrupt Practices Act, and the Federal Food, Drug, and Cosmetic Act, including defending major corporations in investigations pursued by the U.S. Department of Justice (DOJ) and the U.S. Securities and Exchange Commission (SEC). In its rankings, Chambers & Partners has reported that Mr. Partridge’s clients regard him as a “smart and strategic tactician,” who is “very responsive and extremely thorough” and “provides sophisticated advice tailored to the particular market.”

Health Care Fraud and Abuse Matters. Mr. Partridge has represented clients in criminal and civil enforcement actions relating to alleged health care fraud and abuse, including actions conducted by DOJ, the U.S. Food and Drug Administration’s Office of Criminal Investigations, the Department of Health and Human Services Office of Inspector General, and State Attorneys General. His substantive experience includes cases involving allegations relating to clinical trials, off-label promotion, sampling practices, importation of regulated products, and anti-kickback issues (such as speaker programs, product and practice support activities, meals and entertainment, and other financial arrangements). Among other current matters, Mr. Partridge is leading the defense of a multinational medical device company in an Anti-Kickback Statute-premised False Claims Act litigation relating to marketing efforts and reimbursement support, as well as a pharmaceutical company in a False Claims Act case based on purported fraud on the U.S. Patent and Trademark Office. Along with colleagues at Gibson Dunn, Mr. Partridge wrote the criminal enforcement and pharmaceutical sampling chapters of PLI’s Pharmaceutical Compliance and Enforcement Answer Book 2021. In 2018, LMG named Mr. Partridge “Best in Life Sciences” among its Americas Rising Stars.

FCPA and International Anti-Corruption Matters. Mr. Partridge has counseled clients in criminal and civil FCPA enforcement actions and anti-corruption and securities fraud investigations. Among other matters, he defended a multinational medical device and pharmaceutical company in parallel DOJ and SEC securities fraud and FCPA investigations relating to the company’s activities in more than a dozen countries in Asia. Previously, he served as a member of an international team of Gibson Dunn lawyers assisting the compliance monitor appointed in connection with one of the largest FCPA settlements to date (Siemens AG). His compliance monitoring work includes activities in Africa, Asia, Europe, and South America.

Experience. Among other government investigation engagements, Mr. Partridge has counseled clients on:

A False Claims Act investigated involving an electronic health records company’s interactions with physicians and certifications of its technology;

A False Claims Act investigation involving a medical device company’s alleged off-label promotion of one of its devices;

A False Claims Act investigation involving a medical device company’s alleged efforts to deceive FDA with regard to the severity of a design issue impacting the efficacy of the company’s product;

A grand jury investigation focusing on a former customer of a medical device company;

DOJ and SEC investigations relating to medical device and pharmaceutical companies’ interactions with distributors and health care providers in China;

A range of internal investigations in the pharmaceutical, device, and diagnostic industries relating to distributors and health care providers in China;

FCPA investigations relating to a telecommunications company’s operations in China;

An FCPA investigation relating to payment irregularities in Latin America;

FCPA investigations relating to a client’s business activities in Russia and the Middle East;

An SEC investigation relating to the accounting and disclosures of a for-profit education company; and

An SEC investigation focusing on the work of the independent auditors of a company that allegedly engaged in accounting fraud.

A pharmaceutical company in a False Claims Act case in federal court based on alleged fraud on the U.S. Patent and Trademark Office and purported product pricing issues tied to the patents at issue;

A pharmaceutical company in a False Claims Act case in federal court based on alleged violations of the Anti-Kickback Statute tied to sampling practices.

A medical device manufacturer in a case involving alleged violations of, among other laws, California’s Unfair Competition Law and False Advertising Law. Mr. Partridge persuaded a California state court to sustain demurrers without leave to amend on federal preemption grounds.

A pharmaceutical company in a False Claims Act case in federal court based on purported violations of the Anti-Kickback Statute relating to product-support services, educational grants, and speaker events.

A retailer of home improvement and construction products in a series of administrative and trial-level matters in states across the country where the retailer was denied refunds of sales tax payments (including in two trials in state court).

Mr. Partridge also has appellate experience. In addition to appeals associated with certain cases listed above, his appellate matters include:

Open Door Ministries v. Lipschuetz, No. 14-SC-787 (Colo. 2016), in which Mr. Partridge persuaded the Colorado Supreme Court to reject an intervenor’s argument that a faith-based ministry’s promissory estoppel case against the City and County of Denver was barred by the Colorado Governmental Immunities Act.

Clyma v. Sunoco, Inc., 594 F.3d 777 (10th Cir. 2010), in which the U.S. Court of Appeals for the Tenth Circuit appointed Mr. Partridge as amicus curiae to brief the court on jurisdictional and First Amendment issues raised by a non-party’s appeal.

While seconded to the Denver City Attorney Office’s Prosecution and Code Enforcement Section, Mr. Partridge tried more than twenty criminal cases to juries or the court.

Committees, Community Involvement, and Recognitions. Mr. Partridge serves as a member of Gibson Dunn’s Pro Bono, Professional Development, and Hiring Committees—and as a Hiring Partner for Gibson Dunn’s Denver office. He also is a member of the Board of Trustees of the Legal Aid Foundation of Colorado, a non-profit dedicated to supporting access to justice for low-income residents of Colorado. In recognition of his community involvement and professional achievements, he was recognized by the Denver Business Journal as a “40 Under 40” winner in 2019. Chambers & Partners has ranked him in its White Collar Crime and Government Investigations rankings for Colorado each year since 2019.