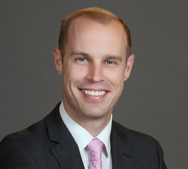 Andrew Paulson is a litigation associate in the Palo Alto office of Gibson, Dunn & Crutcher.  He represents clients in a variety of matters throughout the country, including white collar defense and investigations, securities enforcement, and securities litigation.

Mr. Paulson graduated from UCLA School of Law in 2009, where he was a member of the Moot Court Honors Program.  He received his undergraduate degree in 2006 from Georgetown University.

While in law school, Mr. Paulson interned in the Securities Fraud Division of the U.S. Attorney’s Office for the Northern District of California, where he was part of a trial team that prosecuted a high-profile Silicon Valley executive for securities fraud.  After graduating, he clerked for U.S. Magistrate Judge Laurel Beeler in the Northern District of California.  Following his clerkship, Mr. Paulson worked in the San Francisco office of Crowell & Moring, where he was a litigation associate in the firm’s Health Care practice group.

Just prior to joining the firm, Mr. Paulson spent over four years as a Judge Advocate General (JAG) in the United States Air Force.  While stationed at McConnell Air Force Base, Kansas and Aviano Air Base, Italy, Mr. Paulson prosecuted and defended a multitude of felony-level crimes, trying dozens of cases in military courts-martial.  In addition to his extensive trial practice, Mr. Paulson also advised Air Force commanders on a plethora of matters, including the laws of war and the use of force.  He continues to serve in the California Air National Guard.