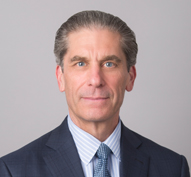 Mark A. Perry is a partner in the Washington, D.C. office of Gibson, Dunn & Crutcher LLP and Co-Chair of the Firm’s nationwide Appellate and Constitutional Law Practice Group.  His practice focuses on complex commercial litigation at both the trial and appellate levels.

Mr. Perry is an accomplished appellate lawyer who has briefed and argued many cases in the Supreme Court of the United States—including winning the landmark decisions in Lucia v. SEC, Alice Corp. v. CLS Bank, and Janus Capital Group v. First Derivative Traders—and the federal courts of appeals. (See Overview of Section 101 Patent Cases Decided After Alice v. CLS (as of March 1, 2019)).  He has served as chief appellate counsel to Fortune 100 companies in significant securities, intellectual property, and employment cases.  He also appears frequently in federal district courts, serving both as lead counsel and as legal strategist in complex commercial cases.  He has special expertise in class actions, and teaches the upper-level course in Class Action Law and Practice at Georgetown University Law Center.

Mr. Perry is ranked by Chambers USA in Nationwide Appellate Law, which noted that he “is described as a ‘master strategist and a brilliant writer.’”  He has also been recognized by Best Lawyers in America® in the fields of Appellate Practice and Securities / Capital Markets Law, by Super Lawyers in the Appellate category, and by IAM Patent—which called him “undoubtedly one of the top appellate specialists in the country”—for his work in the Federal Circuit.  Mr. Perry has been named a National Litigation Star for both Appellate and General Commercial by Benchmark Litigation (which has also awarded him Appellate Lawyer of the Year), identified as a “Securities MVP” and an “Appellate MVP” by Law360, and named a Litigator of the Week by The American Lawyer.  He is a Fellow of the Litigation Counsel of America.

Before joining Gibson Dunn, Mr. Perry served as a law clerk to Justice Sandra Day O’Connor of the Supreme Court of the United States, and to Judge Alex Kozinski of the United States Court of Appeals for the Ninth Circuit.  He also worked as what is now called a Bristow Fellow in the Office of the Solicitor General of the United States.  Mr. Perry earned his law degree with high honors from the University of Chicago Law School, where he served as Executive Editor of the Law Review.  His undergraduate degree was conferred by the University of California at Berkeley.

Mr. Perry is the global co-editor, and co-author of the U.S. chapter, of the international publication Getting the Deal Through: Appeals, and he is the author of the class certification chapter in the PLI treatise Securities Litigation: A Practitioner’s Guide.  Other recent publications and additional information are available below.  Representative matters and references are available on request.