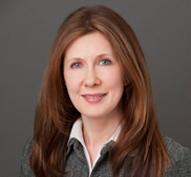 Ms. Rearden represents clients in complex commercial litigation, including major fraud and contract cases, large sales tax matters, and disputes with states and municipalities, as well as internal investigations.  She has tried cases and argued before multiple federal and state courts and administrative bodies.  Ms. Rearden’s practice also frequently includes assisting clients in responding to high-profile events and evaluating legal risk, and counseling clients regarding crisis management planning and effective crisis response.  Significant matters include representation of Lynn Tilton and Patriarch Partners in extensive proceedings in Delaware Chancery Court and in a lawsuit in the Southern District of New York seeking to enjoin U.S. Bank, as indenture trustee, from selling the collateral of a distressed debt CLO fund on commercially unreasonable terms; of Verizon in a decade-long action against Consolidated Edison and the City of New York relating to the 2007 man-hole explosion on Manhattan’s East 41st Street; and of Cablevision, Madison Square Garden, and several community groups in trial-level and appellate litigation challenging and ultimately defeating New York City’s sweeping proposal to build a stadium for the New York Jets on Manhattan’s West Side.

Ms. Rearden was the original author in 2008 of “Subprime-Related Securities Class Actions and Derivative Suits,” a chapter in Practising Law Institute’s treatise, Securities Litigation:  A Practitioner’s Guide, and its successor, “Credit Crisis Securities Litigation and Enforcement.”  She also wrote the chapter concerning the automatic stay of discovery under the PSLRA.  Ms. Rearden frequently publishes and speaks on securities litigation, discovery, and other subjects.  She is a member of the bars of the States of New York, Connecticut, and Georgia (inactive), the United States Court of Appeals for the Second Circuit, and the District Courts for the Southern and Eastern Districts of New York and the Northern District of Georgia.