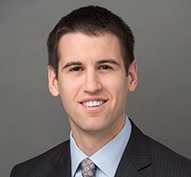 Philip Shapiro is a senior associate in the New York office of Gibson, Dunn & Crutcher.  He practices in the Firm’s Litigation and International Arbitration Departments.

Mr. Shapiro specializes in investor-state and international commercial arbitration, representing clients from across the globe in arbitrations brought under a variety of institutional rules, including ICSID, ICSID Additional Facility, and ICC.  His practice also encompasses complex commercial litigation and regulatory and criminal investigations for clients spanning a range of industries, including financial services, infrastructure, consumer packaged goods, social media, biotech and environmental technology.  He has represented clients under investigation by the U.S. Attorney’s Office, the Securities and Exchange Commission, the U.K. Financial Conduct Authority, State Attorneys General, and the N.Y. District Attorney’s Office.

Mr. Shapiro has been recognized by The Best Lawyers in America® as “One to Watch” in the area of Criminal Defense: White – Collar.

Mr. Shapiro received his Juris Doctor from New York University School of Law, where he was a Dean’s Scholar and served as a Notes Editor on the New York University Journal of Legislation and Public Policy.  He graduated with distinction from Cornell University with a Bachelor of Arts degree in Government and minors in Spanish and International Relations.

Mr. Shapiro is admitted to practice in the State of New York and before the United States District Court for the Southern District of New York.