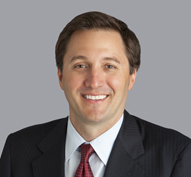 Mr. Tulumello has been recognized by Chambers & Partners as a “superstar” and as one of Washington, D.C.’s leading appellate and commercial litigators.  Based on his “powerful courtroom advocacy,” Benchmark Litigation described him as “clearly one of those once in a generation litigators” and “revered as being supremely talented in his securities and class action practice.”  Chambers & Partners describes him as a “straight shooter” who “really engenders trust in clients and co-counsel.” In 2019 BTI Consulting named him to its BTI Client Service All-Star list, recognizing 335 lawyers “who deliver incomparable levels of client service excellence.”  In 2020, BTI Consulting named him to its Client Service Elite MVP list, which recognizes the 61 lawyers named as All-Stars two years in a row. Since 2009, Benchmark Litigation has named him a National Litigation Star in both the Appellate and Securities categories.  In June 2017, he was selected by the American Lawyer as Litigator of the Week based on his win in the Supreme Court of the United States in BNSF Railway v. Tyrell and trial court win in Wilson v. Frito-Lay (see “A Big League Double Play for This Gibson Dunn Lawyer.”)  He was profiled in The National Law Journal’s  2017 Appellate Hot List, by Bloomberg BNA (“Deflategate  Lawyer Heads to High Court in Securities Case”), and by The National Law Journal in recognizing Gibson Dunn’s Washington. D.C. office as the Litigation Department of the Year.  Mr. Tulumello also has repeatedly been selected by SuperLawyers in Washington, D.C. in the class action and appellate categories.

Mr. Tulumello has briefed and argued appeals raising significant federal and constitutional questions before the Supreme Court of the United States, the federal courts of appeals, and several state supreme courts. In 2017, he successfully argued BNSF Railway v. Tyrell, an 8-1 decision that established important rules for general personal jurisdiction. He was also counsel of record in 2018 in Leidos v. Indiana Retirement System, which involved the duty to disclose under the federal securities laws. He regularly counsels companies facing legal challenges on multiple fronts on global legal strategy and best practices for litigation risk management in rapidly changing regulatory environments.

Mr. Tulumello is a member of the Firm’s Sports Law Practice Group, recognized by Law360 as one of the top sports law firms in the country.  Mr. Tulumello has represented the National Football League Players Association as well as several active and retired football players in high-profile appeals, including the “lock out” litigation between the NFL and NFLPA in 2011, and New England Patriots Quarterback Tom Brady in his defense and appeal of the “Deflategate” suspension. Who’s Who Legal’ s Arbitration and Sports 2019 guides recognized Mr. Tulumello as a top Sports attorney. US Legal 500 has consistently listed Mr. Tulumello as a Leading Lawyer in Sports.  In 2016, Sports Business Journal recognized him as a “Power Player” in the sports industry and as one of the “brightest minds in the business.”

Mr. Tulumello has represented clients in broad spectrum of complex litigation at the trial and appellate levels. In recent years, he has handled a number of high-profile class action and commercial litigation matters in the food and beverage, transportation, defense, biotechnology, and financial sectors.  He also has represented several government contractors in investigations, suits, and trials (both by qui tam relators and the Department of Justice) under the False Claims Act involving federal contracts worth billions of dollars.  Recent matters in which Mr. Tulumello has played a substantial role include the representation of a leading food and beverage company in more than 90 class actions; a biotechnology company in a $400 million derivative action challenging CEO and director compensation; the representation of a leading defense contractor in 10(b) and derivative litigation following a $500 million deferred prosecution agreement with the Department of Justice; and a leading payment card company in an antitrust suit brought by WikiLeaks.  For ten years, Mr. Tulumello served as an Adjunct Professor of Law at Georgetown University Law Center, where he co-taught a course on Class Action Law and Practice.

Mr. Tulumello also has represented companies in significant business disputes on the plaintiff’s side. He represented a leading transportation company in a plaintiff’s-side antitrust suit that resulted in one of the highest private antitrust settlements in recent years. He also recently won a victory, and a substantial monetary award, on behalf of a $10 billion hedge fund in a FINRA arbitration.

Before joining Gibson, Dunn & Crutcher, Mr. Tulumello served as a Lecturer on Law and Senior Fellow at Harvard Law School, where he taught courses on alternative dispute resolution. His book, Beyond Winning: Negotiating to Create Value in Deals and Disputes, co-authored with Professors Robert H. Mnookin of Harvard Law School and Scott R. Peppet of the University of Colorado School of Law, was published by Harvard University Press in October 2000 and shared the 2000 Book Prize awarded by the CPR Institute for Dispute Resolution.

Mr. Tulumello also previously served as a law clerk to the Honorable Pamela Ann Rymer of the U.S. Court of Appeals for the Ninth Circuit. After that, he served in the Office of the Prosecutor at the International Criminal Tribunal for the former Yugoslavia, where he assisted in the investigation and indictment of a Bosnian Serb General for the mass execution of more than 6,000 unarmed prisoners in Srebrenica, Bosnia and Herzegovina, in July 1995.

Mr. Tulumello has spoken on class action practice, civil procedure, alternative dispute resolution, and civil justice reform, and has written articles on these and other subjects for The National Law Journal, Legal Times, The New York Law Journal, The Government Contractor, Wall Street Lawyer, and The American Journal of International Law. He has previously served as a Member of the Firm’s Management Committee (2020), and Executive Committee (2018-2020), and was Co-Partner-in-Charge of the Washington D.C. office (2011-2018).  He is also a former Co-Chair of the firm’s Crisis Management, Class Actions, and Sports Law Practice Groups.