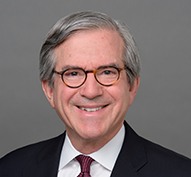 Mr. Zweifach has served as trial counsel in a wide variety of cases, including securities, antitrust, accounting, auditing, RICO, mail and wire fraud, tax and bankruptcy, as well as contract, corporate control and partnership disputes.  His experience includes numerous high-profile criminal cases that he tried during his nine years as a federal prosecutor at the United States Attorney’s Office for the Eastern District of New York, where he was Chief of the Criminal Division.  He has represented a broad spectrum of clients, including public and private corporations, public accounting firms, investment banks, boards of directors, special committees, audit committees, corporate officers and directors, investment advisors, hedge funds, mutual funds and broker-dealers.

When inducted in Lawdragon’s “500 Leading Lawyers in America Hall of Fame”, Mr. Zweifach was described as “one of the true bedrocks of Gibson Dunn’s outstanding litigation corps” and a “clear ‘bet-the-company’ choice across antitrust, securities and all manner of civil and criminal white collar cases.”

Chambers USA:  America’s Leading Lawyers for Business ranked Mr. Zweifach among the top Securities Enforcement lawyers in the country, among the leading Securities Litigators in New York, and among the leading White Collar Criminal Defense Lawyers in New York. In 2022, Chambers also ranked him as a New York White-Collar Crime & Government Investigations “Senior Statesperson.” He is described as “a forceful and tenacious advocate” who is “smart and 100% dedicated to clients,” “keeps calm under fire and has good judgment,” “knowledgeable, experienced and confidence inspiring,” and “offers intellectual firepower and a wealth of experience.”  “His reputation in the industry and the courtroom is exceptional.”  He also has been recognized as a National and Local “Litigation Star” by Benchmark Litigation.  In addition, Who’s Who Legal and Global Investigations Review named Mr. Zweifach to their list of the World’s Ten Most Highly Regarded Investigations Lawyers.  Who’s Who Legal describes him as a “brilliant advocate” known for his “commanding presence in the courtroom.”  Also, Mr. Zweifach has been recognized in Legal Media Group’s Expert Guides Guide to the World’s Leading White Collar Crime Lawyers, Benchmark Litigation’s “Top 100 Trial Lawyers in America,” Who’s Who Legal: Thought Leaders – GIR 2019, The Legal 500, The International Who’s Who of Business Crime Defense Lawyers and The International Who’s Who of Investigations Lawyers & Forensic Experts.  He is also a Fellow of the Litigation Counsel of America, a trial lawyer honor society, and a recipient of the New York City Bar Association’s Thurgood Marshall Award for his pro bono defense of capital cases.

Mr. Zweifach is admitted to practice in the State of New York, and before the U.S. Courts of Appeal for the Second, Third, Ninth and Tenth Circuits, the U.S. Tax Court, and the U.S. District Courts for the Southern, Eastern, Western and Northern Districts of New York.