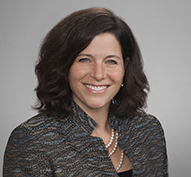 Recognized by The Best Lawyers in America® in litigation – intellectual property, litigation – patent, patent law, and biotechnology law (2008-2019), Ms. Davies advises clients with respect to a wide array of technologies, including pharmaceutical formulation and drug delivery systems, small molecule and biologic therapies, stem cells and tissue engineering, recombinant industrial enzymes, coated nanoparticles, software programs for health care delivery, telemedicine and medical devices. Her scientific experience is in toxicology research, where she has studied the role of aldehyde dehydrogenases in fetal metabolism and the toxic effects of pesticides.

Before joining Gibson Dunn in 2012, Ms. Davies was a partner at Vinson & Elkins, where she was a member of the Executive Management Committee and leader of the firm’s Intellectual Property, Technology and Life Science practices.

University of Tennessee - 1989 Bachelor of Arts