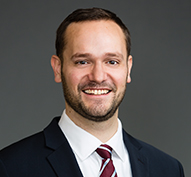 Timothy E. Deal is a litigation associate in the New York office of Gibson, Dunn & Crutcher.

From 2020 to 2021, Mr. Deal served as a law clerk to the Honorable Joseph F. Bianco of the United States Court of Appeals for the Second Circuit.

Mr. Deal is admitted to practice in the State of New York