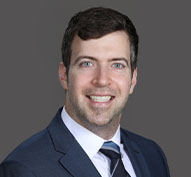 Steve Henrick is an associate in the San Francisco office of Gibson, Dunn & Crutcher with substantial trial and investigative experience in a variety of high-stakes litigation and white collar criminal matters.

Mr. Henrick rejoined Gibson Dunn in 2016 after serving as a law clerk to the Honorable Michael M. Baylson of the United States District Court for the Eastern District of Pennsylvania.  Prior to clerking, Mr. Henrick was an associate in the firm’s New York office.