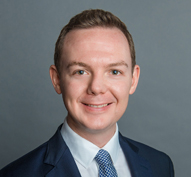 Nick Kendrick is an associate attorney in Gibson Dunn’s Singapore office. He is a member of the firm’s Oil and Gas, Mergers and Acquisitions, Energy and Infrastructure and Power and Renewables Practice Groups.

Mr. Kendrick is an experienced energy lawyer with a focus on upstream oil and gas transactions. He frequently advises companies on acquisitions and divestments, farmouts, joint ventures, project development, licensing and project financing across Asia, Africa and Europe. His recent work includes advising on matters in Egypt, Mozambique, Tanzania, Morocco and Malaysia.

Mr. Kendrick also has extensive experience advising clients on midstream and downstream transactions in the oil and gas and LNG sub-sectors, including transportation and processing arrangements, sale and purchase agreements, master sales agreements and LNG destination swap transactions. He has also counselled developers on several power projects in the Middle East and North Africa.

Mr. Kendrick is admitted to practice in England and Wales.