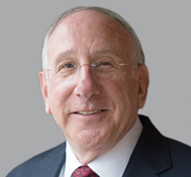 William J. Kilberg is a Partner with Gibson, Dunn & Crutcher.  He served on the Executive Committee of the Firm (1996-2011), the Firm’s five-member Management Committee (2002-2009) and as Partner-in-Charge of the Washington office (1990-1995).  He is the most senior partner in the Labor & Employment Law Practice Group.

Mr. Kilberg counsels and represents clients in all aspects of employee relations, labor relations, and employee compensation and benefits.  He has appeared numerous times in trial courts on behalf of employers in class and collective actions. He has argued many significant matters before eight United States Courts of Appeals and has successfully argued two cases before the Supreme Court, Egelhoff v. Egelhoff, and Murphy v. UPS.  Mr. Kilberg was lead counsel for Boeing in a complaint brought by the National Labor Relations Board challenging Boeing’s decision to open a new plant in Charleston, South Carolina.

In 1973, Mr. Kilberg was appointed by President Nixon and unanimously confirmed by the Senate as the Solicitor for the U.S. Department of Labor, a position he held until 1977.  He also served as Associate Solicitor of Labor for Labor Relations and Civil Rights, General Counsel of the Federal Mediation and Conciliation Service, and as a White House Fellow and Special Assistant to Secretary of Labor George P. Shultz.  At the time of his appointment as Solicitor of Labor, Mr. Kilberg was the youngest person ever to be appointed to a sub-Cabinet post in the United States government.  President Reagan appointed him to the Commission on White House Fellowships.  Mr. Kilberg served as Co-Chair of the National Finance Committee and Chair of the Policy Committee on Labor for the Romney for President campaign.

Lawdragon has described Mr. Kilberg as “the labor lawyer of choice for corporate America,” and “one of the most esteemed employment lawyers in the land.”  Both Gibson Dunn’s Labor and Litigation practices were selected as Departments of the Year by American Lawyer in January, 2012.  In 2015 and 2017, Washingtonian Magazine named him as one of the Top Lawyers in Labor and Employment. Mr. Kilberg was named MVP in employment law for 2011 by Law 360.  Mr. Kilberg has been named among the 100 Most Powerful Employment Attorneys in the nation by Human Resource Executive magazine.  He was identified as the Best Employment Litigator in the Washington-metropolitan area by the Washington Business Journal and as one of 100 “superlawyers” by the Washington Post.  Legal Times has characterized Mr. Kilberg as one of the “Twelve Leading Labor & Employment Litigators in the D.C. Area”.  Chambers Global 2017 recognizes Mr. Kilberg as a leading lawyer in the area of USA Labour & Employment. Chambers & Partners USA – America’s Leading Lawyers for Business lists Mr. Kilberg as a leading lawyer in ERISA Litigation and in Employee Benefits & Executive Compensation and Labor and Employment.

Mr. Kilberg has served as President of the College of Labor and Employment Lawyers and was a founder of the Palmer National Bank, now United Bank.  He currently serves on the Boards of the Potomac School in McLean, Virginia and the Virginia Israel Advisory Board and is the President of the Mid-Atlantic Regional Board of the American Friends of the Hebrew University.

Mr. Kilberg is the recipient of a number of awards, among them the League of United Latin American Citizens (LULAC) Award for Outstanding Service to the Spanish-speaking community, the D.C. Chamber of Commerce Arthur Flemming Award for Exceptional Public Service, and the School of Industrial and Labor Relations at Cornell University Judge William B. Groat Alumni Award for Outstanding Contributions to the Field of Industrial & Labor Relations.  He delivered the inaugural Donald S. Shire Lecture at the United States Department of Labor.

Mr. Kilberg graduated from Cornell University, which he attended on a scholarship from Local 3, International Brotherhood of Electrical Workers, and received his law degree from Harvard Law School.  He is married to Bobbie Greene Kilberg.  They have five children and ten grandchildren.