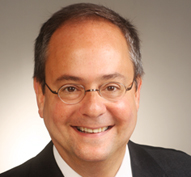 Mark A. Kirsch is a partner in the New York office of Gibson, Dunn & Crutcher.  Mr. Kirsch is a trial lawyer whose practice focuses on complex securities, white collar, commercial and antitrust litigation.  Mr. Kirsch serves on the Executive Committee of the Firm.  He previously served as Co-Partner In Charge of the New York Office from 2015-2021 and Global Co-Chair of Gibson Dunn’s litigation practice from 2009-2014.

Mr. Kirsch routinely is named one of the leading litigators in the United States.  He is ranked for Securities Litigation nationwide and in New York by Chambers USA: America’s Leading Lawyers for Business.  The 2022 edition of Chambers USA states that clients say Mr. Kirsch is “a very strategic thinker with a great demeanor in litigation, as well as providing good client service,” and that “he has incredible judgment, is very good on his feet and always prepared.”  The 2021 edition shares that clients believe he is “an amazingly quick study, and great at strategic decision-making.”  The 2020 edition notes that clients say Mr. Kirsch is “a brilliant lawyer and a great strategist, with excellent client service” and that “his way of handling cases and his ability to combine legal knowledge with the business risks is absolutely excellent.”  A client also comments that he has “fantastic cross-examination skills.”  Prior recent editions of Chambers USA refer to Mr. Kirsch as “one of the most extraordinary litigators I’ve seen,” “a very deep thinker who is always incredibly well prepared,” and who “does a fantastic job when arguing cases,” “is at the vanguard of the US securities litigation market and enjoys a stunning reputation,” is “a force to be reckoned with,” is “a great strategist who’s detail-oriented and fantastic on his feet,” is “very good at strategy and very responsive to client needs,” and who is “extremely pleasant to deal with.”  Mr. Kirsch is also recognized as a leading securities litigation attorney by The Legal 500 United States.  Mr. Kirsch is named as a leading commercial litigation attorney by The Best Lawyers in America®, and Benchmark Litigation’s Guide to America’s Leading Litigation Firms and Attorneys recognized him as a “Litigation Star.”  In both 2019 and 2016, Law360 named Mr. Kirsch as one of five Securities Litigation MVPs nationwide.  In addition, he was named to City & State’s “50 Over 50” list of the most distinguished public servants in New York in 2020, a “Life Sciences Star” by LMG Life Sciences 2017, and selected by The Lawyer  as one of its “Global Hot 100 Attorneys” in 2006.

Mr. Kirsch has won six major victories in the past year:

Mr. Kirsch currently serves on the Board of Trustees of the American Friends of Hebrew University.

Mr. Kirsch was previously a partner with Clifford Chance, where he served as Global Chair of the Litigation Practice and as a member of the Global Management Committee.

Mr. Kirsch received his Juris Doctor from Yale University Law School, where he was Articles Editor of the Yale Law & Policy Review, and his Bachelor of Arts degree with distinction from Cornell University.  He clerked for the Honorable John M. Walker, Jr. in New York.