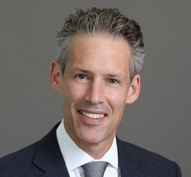 Joshua H. Lerner is a litigation partner in the San Francisco office of Gibson, Dunn & Crutcher.  He is Chair of the firm’s Trade Secrets Practice and a member of the Intellectual Property, Employment and Labor, and Litigation Practice Groups.

Josh is proud to serve as lead counsel for the world’s leading technology companies.  Josh’s practice is focused on complex civil litigation, including trade secrets, class actions, and contract disputes.  In addition, Josh has significant experience in litigating so-called “founder disputes” on behalf of successful companies.  He litigates in federal and state courts as well as arbitral forums.

Josh was recently lead counsel for one of the world’s best known technology firms in a multi-billion dollar trade secret and breach of contract dispute.  In trade secret cases, Josh also has extensive experience securing and defeating TROs on behalf of companies and individuals in state and federal courts. Josh is also lead counsel for leading technology companies in class actions across the country.

Josh has consistently been recognized by Benchmark Litigation as a Litigation Star.  His diverse practice experience has earned him Litigation Star recognition in Intellectual Property, Employment Law, General Commercial Litigation and Products Liability.  In addition, Josh is ranked as an LMG Life Sciences “Star” in General Patent Litigation, and featured in Who’s Who Legal Competition 2020 guide.  From 2011 through 2015, Josh was named a Rising Star in IP Litigation by Super Lawyers Magazine, and a Super Lawyer from 2016 to present.

Before joining Gibson Dunn, Josh was a partner at Durie Tangri for 10 years.  From 2006 to 2009, he was in-house at Genentech, serving as a Senior Litigation Counsel.  Prior to that he also practiced at Clarence Dyer & Cohen LLP and Keker, Van Nest & Peters LLP.

Over the course of his career, Josh has taught business torts at University of California, Hastings College of the Law.  He also served as a Vice President for the Federal Bar Association.