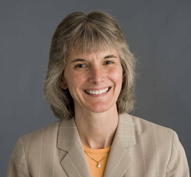 Karen L. Manos is a partner in Gibson Dunn’s Washington D.C. office and Chair of the firm’s Government Contracts Practice Group.  Ms. Manos graduated in the top two percent of her class at the U.S. Air Force Academy (B.S., distinguished graduate, 1981), and graduated first in her class from the Duke University School of Law (J.D., with highest honors, 1986), where she was a Note Editor for the Duke Law Journal.  Ms. Manos has nearly thirty years’ experience on a broad range of government contracts issues, including civil and criminal fraud investigations and litigation, complex claims preparation and litigation, bid protests, qui tam suits under the False Claims Act, defective pricing, cost allowability, the Cost Accounting Standards, and corporate compliance programs.

Ms. Manos enjoys a nationwide reputation for her expertise in government contract costs and pricing.  Each year since 2006, Ms. Manos has been selected as one of the leading Government Contracts lawyers in the nation by Chambers USA America’s Leading Business Lawyers, and one of only five lawyers “spotlighted” in the category, Government Contracts: Cost Disputes.  Chambers reported that: “Karen Manos is hailed as the ‘grand queen’ of cost accounting litigation. In addition to her cost accounting expertise her practice spans investigations, claims, bid protests and compliance matters. One client noted: ‘She is, in our view, the best government contract lawyer in the country. She’s brilliant, efficient, and tireless. She’s also a wonderful person.’” One peer remarked, “She is one of the most brilliant cost accounting lawyers I’ve met, and a great theoretician. She is a perfectionist, and she’s very, very good at a very, very difficult area.”  In 2004, Legal Times named Ms. Manos one of the top 12 government contracts lawyers in the Washington, DC area.  In 2009 and 2017, she was nominated by her peers as one of the world’s leading practitioners in the field of public procurement and listed in The International Who’s Who of Public Procurement Lawyers.  In 2010 and 2017, Ms. Manos was selected as one of 10 Washington, DC Super Lawyers in government contracts, and in 2011, Washingtonian Magazine named her a “Star of the Bar” for Government Contracts.  She was named one of the top five “MVPs” in government contracts law for 2012, awarded by Law360 to “attorneys whose achievements in major litigation or transactions have set a new standard for accomplishment in corporate law.”  In 2017 and 2018, Washingtonian Magazine named Ms. Manos as one of Washington’s “Top Lawyers” in Government Contracts.