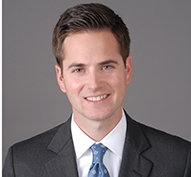 Peter Squeri is a senior associate in the San Francisco office of Gibson, Dunn & Crutcher LLP, where his practice focuses on consumer and employment class actions and other complex commercial litigation.  Peter represents clients in a variety of industries—including technology, consumer products, energy, logistics, and health care—in state and federal courts throughout the country, and in arbitration and mediation.  He frequently works with clients to address multifaceted and novel legal issues—often at the intersection of litigation, regulation, and public policy—and has extensive experience developing risk-mitigation strategies and guiding clients through crisis situations.  He has been selected as a Northern California Rising Star in the Class Action/Mass Torts category by Super Lawyers in 2021 and 2022.

Peter also has experience representing companies and individuals under investigation by federal and state law enforcement agencies and regulators, including the Department of Justice (DOJ), the Securities and Exchange Commission (SEC), the Federal Trade Commission (FTC), and state attorneys general.  He has prepared founders, CEOs, and other executives to testify at depositions, trials, and congressional hearings.

Peter received his J.D. from Stanford Law School, where he was an Articles Editor of the Stanford Law Review.  He served as an extern law clerk for Chief Judge Vaughn R. Walker of the United States District Court for the Northern District of California.  Prior to law school, he earned a B.A. in English, with distinction, and a minor in history from Stanford University in 2007, and was an investment associate at Cambridge Associates LLC.

He is a lifelong resident of San Francisco.