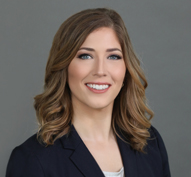 Victoria L. Weatherford is a senior associate in the San Francisco Office of Gibson, Dunn & Crutcher and member of the firm’s Litigation Department.  As an experienced first-chair trial attorney she drives cases to successful verdict, and as lead appellate counsel she regularly wins appeals and writs before the California and Ninth Circuit Courts of Appeal.  She was selected by the American Bar Association as one of the “On the Rise – Top 40 Young Lawyers” in 2020.

Victoria is regularly called upon to represent consumer products, technology, and biotechnology companies in high-stakes litigation in state and federal court and arbitral forums, and to represent companies and individuals in state and local government investigations and enforcement actions. She frequently defends companies in class action, unfair competition and false advertising, and antitrust matters, and represents cutting-edge companies in “gig economy,” trade secret, and intellectual property matters.

Victoria previously served for four years as a Deputy City Attorney in the San Francisco City Attorney’s Office, where she prosecuted statewide consumer protection lawsuits under California’s Unfair Competition Law as a member of the office-wide Affirmative Litigation Task Force and the Code Enforcement Division.  Her cases garnered national headlines and resulted in tens of millions of dollars in civil penalties and statewide injunctive relief. For her work, Victoria received numerous Commendations from the San Francisco Board of Supervisors, the San Francisco Mayor, and the California State Senate and State Assembly, and was awarded the 2017 Most Empowering City Employee of the Year award and the 2018 UCLA Center for American Politics and Public Policy Alumni of the Year award. Victoria also previously practiced at Durie Tangri LLP and O’Melveny & Myers LLP in San Francisco.

Victoria graduated from Yale Law School, where she served as a Notes Editor of the Yale Law Journal and Executive Editor of the Yale Journal on Regulation, and worked at the San Francisco Affirmative Litigation Project on In re Marriage Cases and then challenges to Proposition 8, to legalize gay marriage in California.