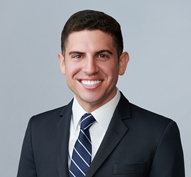 Luke Zaro is an associate in the Washington, D.C., office of Gibson, Dunn & Crutcher.  He practices in the firm’s Litigation Department, and is a member of its Public Policy, Congressional Investigations, and Administrative Law and Regulatory practice groups.  His practice includes advising clients on legislative and policy matters, representing clients in congressional and other high-stakes investigations, and enforcing arbitral awards and judgments against foreign states.

Prior to joining the firm, Mr. Zaro served as a law clerk to the Honorable Alice M. Batchelder of the United States Court of Appeals for the Sixth Circuit.  His government experience includes serving as Special Counsel to the United States Senate Committee on the Judiciary during the confirmation of Ketanji Brown Jackson to the Supreme Court.

University of Virginia - 2019 Master of Arts