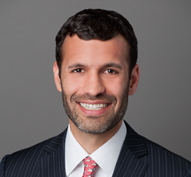 Brian M. Lutz is a litigation partner in the San Francisco and New York offices of Gibson, Dunn & Crutcher.  Mr. Lutz serves as a Co‐Chair of the Firm’s National Securities Litigation Practice Group, which is consistently recognized as one of the leading securities litigation practices in the country.  Mr. Lutz’s practice focuses on complex commercial litigation, with an emphasis on corporate control contests, securities class actions, and shareholder actions alleging breaches of fiduciary duties.  He represents and advises clients in connection with shareholder activist matters, mergers and acquisitions, and corporate governance issues, and regularly represents and advises boards of directors and board committees on litigation issues.  Outside the securities space, Mr. Lutz has handled a wide range of other business litigation, including employment disputes, misappropriation of trade secrets, and insurance matters.

Mr. Lutz is ranked by Chambers for securities litigation, and is listed as pre-approved panel counsel for the major D&O insurance carriers.  Mr. Lutz was named a 2020 Securities MVP by Law360, a distinction awarded to just three securities litigation defense attorneys in the country.  He also was twice named a Rising Star by Law360 in the Securities category—a distinction awarded annually to five attorneys nationwide under the age of 40.  Mr. Lutz also was named “Litigator of the Week” by AmLaw Litigation Daily (an American Lawyer publication) for his lead role in winning a rare preliminary injunction that prevented a hostile takeover attempt of a specialty pharmaceutical company in California. And Mr. Lutz is ranked as a “Leading Lawyer” in M&A Litigation Defense by Legal 500.

Mr. Lutz received his Juris Doctor from Harvard Law School.  He received his Bachelor of Arts in History and Political Science from the University of Michigan, where he was a member of Phi Beta Kappa.

University of Michigan - 1998 Bachelor of Arts